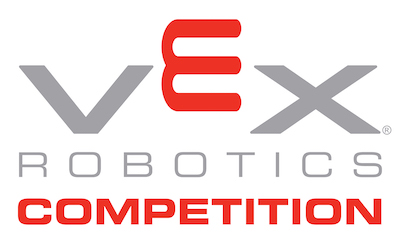 In the VEX Robotics Competition, presented by the Robotics Education & Competition Foundation, teams of students are tasked with designing and building a robot to play against other teams in a game-based engineering challenge. Classroom STEM concepts are put to the test as students learn lifelong skills in teamwork, leadership, communications, and more. Tournaments are held year-round at the regional, state, and national levels and culminate at the VEX Robotics World Championship each April!

VEX focuses on the iterative design, build, and test engineering processes.  The RoboDawgs start VEX in September and it continues to be the primary focus through December.  Some teams will continue to play in January as the state championship is in February and the world championship is in April.

The RoboDawgs believe that every student should have a very hands-on part on each team so team sizes are kept small (3-4 students per team).  The RoboDawgs program includes three separate high school VEX organizations as students enter and participate in the  program through one of those three means.:

The 2019-2020 VEX schedule is still being finalized.  Practices/Open build times will be set by each team’s captain and will vary based on each team’s availability.  Leagues will start in late September/early October.  Each team will sign up for league play nights based on their desired schedule.  Leagues will be in Grandville, Caledonia, Hudsonville, and Jenison.